The Antidote to Narcissism

Henri Nouwen captures well the seed of narcissism in contrast to the seed to living a life of appropriate confidence and love. He writes

A life without a lonely place, that is, a life without a quiet center, easily becomes destructive. When we cling to the results of our actions as our only way of self-identification, then we become possessive and defensive and tend to look at our fellow human beings more as enemies to be kept at a distance than as friends with whom we share the gifts of life.

In solitude we can slowly unmask the illusion of our possessiveness and discover in the center of our own self that we are not what we can conquer, but what is given to us. In solitude we can listen to the voice of him who spoke to us before we could speak a word, who healed us before we could make any gesture to help, who set us free long before we could free others, and who loved us long before we could give love to anyone. It is in this solitude that we discover that being is more important than having, and that we are worth more than the results of our efforts. In solitude we discover that our life is not a possession to be defended, but a gift to be shared. It’s there we recognize that the healing words we speak are not just our own, but are given to us; that the love we can express is part of a greater love; and the new life we bring forth is not a property to cling to, but a gift to be received.

We can be relatively certain that narcissists underwent significant trauma during their early developmental years. They are emotionally stuck at an infant level of maturity, feeling the urgency for the world to revolve around them, meeting their needs for value, identity and security. Their ‘drive’ in life is to obtain their needs through others, using manipulation, fear and shame tactics. If people do not fulfill this agenda, the narcissist is is skilled at “making them pay” in subtle and not-so-subtle ways. Most often, narcissists did not have important needs met in their early years, and thus have deeply buried recesses of pain and rejection, having been shamed and uncared for. They did not experience being delighted in unconditionally.

Instead, these children grew up with parents who made their own needs and desires the governing factor in the home. The child’s confidence in themselves as unconditionally wonderful was crushed, along with any certainty that there will be anyone who will ‘have their back.’ The child was often the scapegoat for anything that went wrong in the family. Parents would not own their own flaws and mistakes, but place blame on the child for anything that went wrong, as well as things that were not even worthy of ‘blame’. These children were not safe to express their own perspectives for fear of being mocked or minimized. If a child expressed disagreement there was usually some form of displeasure or punishment. It was common for parents to destroy enjoyable times by inserting themselves into the situation in very self-centered ways, stealing the attention. Very often the home environment was one of emotional disorganization, due to the child never knowing if a parent would relate positively or negatively in any situation. These children grow up with a need to be seen as special while being certain they will not be given this value. Thus, not able to trust anyone, they set out to claim it for themselves.

Research has shown that what is happening within the caregivers during developmental years gets bio-chemically reproduced within the young one. The patterns of the caregivers are often played out later in life as the child grows up. They also will live out patterns of scapegoating others, manipulation, self justifications, refusal to own their own flaws, mocking and minimizing and patronizing others, and inserting themselves into situations so as to gain attention and accolades. 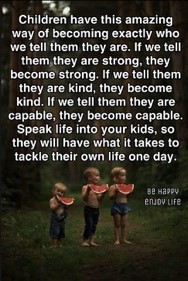 An Antidote to Narcissism

While there is a question regarding the authenticity of this article, let’s consider it, as it captures the essence of what we are discussing.

At the Himba of Namibia in Southern Africa, the date of birth of a child is fixed, not at the time of its arrival in the world, nor in its design, but much earlier: since the day the child is thought in His Mother’s mind.⠀

When a woman decides she’s going to have a child, she settles down and rests under a tree, and she listens until she can hear the song of the child who wants to be born. And after she heard this child’s song, she comes back to the man who will be the father of the child to teach him that song. And then, when they make love to physically design the child, they sing the song of the child, to invite him.⠀
⠀
When the mother is pregnant, she teaches the singing of this child to the midwives and older women of the village. So, when the child is born, old women and people around him sing his song to welcome him.
⠀
As the child grows, the other villagers learn his song. So if the child falls, or gets hurt, he always finds someone to pick him up and sing his song. Similarly, if the child does something wonderful, or successfully passes through the rites of passage, the people of the village sing his song to honor him.⠀
⠀
In the tribe, there is another opportunity where villagers sing for the child. If, at any time during his life, the person commits an aberrant crime or social act, the individual is called in the center of the village and the people of the community form a circle around him. Then they sing his song. The tribe recognizes that the correction of antisocial behavior does not pass through punishment, it is by love and reminder of identity. When you recognize your own song, you don’t want or need to do anything that would harm the other.⠀

And the same way through their lives. In Marriage, songs are sung together. And when, getting old, this kid is lying in his bed, ready to die, all the villagers know his song, and they sing, for the last time, his song.

“Grace and narcissism have exactly the same goal with opposite solutions. Narcissism attempts being special through effort – particularly effort aimed at eliminating the competition. Grace achieves being special through relationships that bring out all that is special about everyone. Grace is particularly powerful when we activate what is special in others. When someone forgets who they are and does something harmful, a person of grace will help them remember who God called them to be. A narcissist full of condemnation and judgment will use that same information to broadcast how rotten the person is.”
—Dr. Jim Wilder

To the degree we are seen for who we are by those surrounding us, having our identity called out, and lovingly guided back to who we truly are when we stray- narcissistic tendencies are curbed and the beauty of who we are flows out to those in our world!

In my next blog we will look further into the causes of narcissism and flesh out more fully how it is displayed. Please join me in my next blog.

Subscribe to my newsletter to get blog updates, upcoming events and new product releases!

Living Our Identities, Rather Than Our Reactions, With Narcissists

In my last blog I gave some ideas as to how to practically go forward on our journeys that include interacting with narcissists. The foundation

Practical Strategies in Interactions With a Narcissist